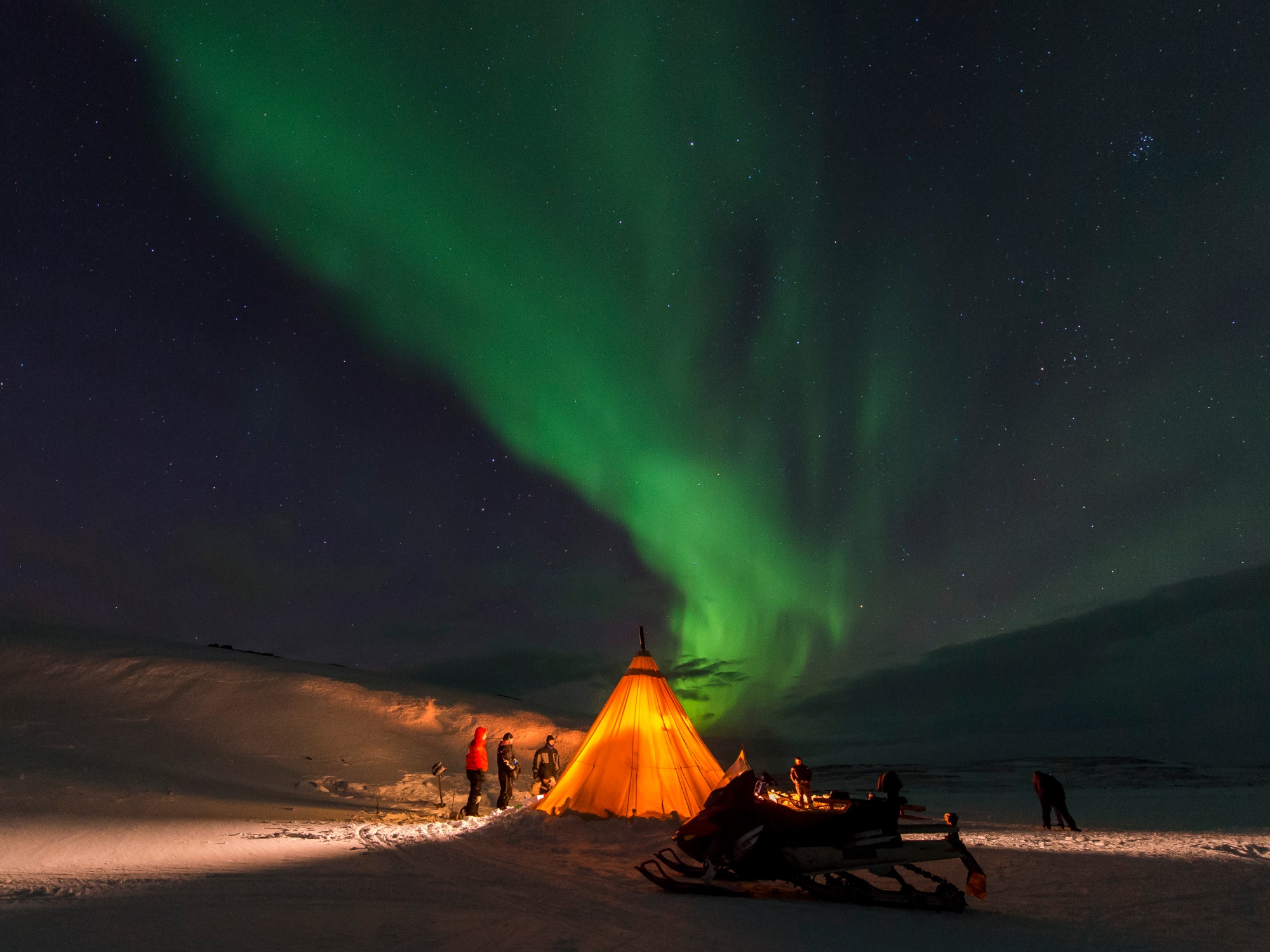 You’ve seen the images and desperately want to go to see the Northern Lights, right? We know that Norway is considered an expensive country (and at times, it can be!)  – that is why we have put together this small guide on how to get to the Northern Lights on a budget.

By train
If you book in advance, the Norwegian rail company NSB offer cheap tickets to go as far north as Bodø. For only 249 NOK you can actually travel the entire way from Stavanger in South-Western Norway to Bodø – but we recomment taking the shorter trip which is Oslo – Bodø, taking about 17 hours. That is not a lot of kroner per kilometer! The train has a cafe, Internet and most importantly some amazing scenery, taking you first over the Dovre mountains – home of the musk ox – and then along the Nordlandsbanen to Bodø.

By plane
If you are flexible, there are plane tickets from Oslo that won’t cost you a fortune to see Northern Norway and possibly the Northern Lights. Airlines SAS, Norwegian and Widerøe all fly up north to various destinations, and it’s worth looking at to see if you can find a cheap ticket. We recommend the airports of Bodø or Harstad.

By bus
Going all across the country up to Northern Norway by bus might be a bit ambitious, but once you’re up in Northern Norway it can be a good and affordable way to travel. For instance, the buses between Harstad/Narvik and Tromsø correspond with buses going to the amazing Lofoten islands. See Nordland buses or Troms and Finnmark buses for travel tips and suggestions.

By boat
Norway’s perhaps most famous way of transport is the Hurtigruta, a range of ships going along the Norwegian coast from Bergen to Kirkenes. The full length of the journey is 11 days back and forth – but if you are travelling on a budget this might not be the right option for you! However, the Hurtigruta offer discounts and special deals off-season, so if you are up for a journey you will never forget you should have a look at their website before booking.

Where to stay?
If you’re on a budget, we of course recommend going to a hostel to meet other travellers, make your own meals in the guest kitchen and get the best local advise from those working in the hostel. HI Norway has many hostels that are open also in the Northern Lights-season, for instance in Bodø, Lofoten Å, Lofoten Ballstad or Mehamn.

PS: When to go?
The chances of seeing the Northern Lights are biggest from September to April. Which means – NOW is a good time!

One thought on “Reaching the Northern Lights”