1)Lost items in the middle of streets like gloves, jackets etc. stay untouchable for days. To be fair people who find it do touch it, but just to hang in visible places so the owner can find when they start searching for it. They can even stay there for weeks or months.

2) The light switch is always outside the bathroom. And it’s rather common to find unisex bathroom in places like a restaurant and night club.

3) There is way less bureaucracy for domestic flights: you check yourself in and print out a receipt with your seat number on the boarding gate. No one will check your documents. The whole way. Because of that it’s feasible to arrive only 40 min before your flight.

4) To renew my passport I didn’t even need to go to the embassy. I paid the fee and sent the documents via post on Monday, the new passport arrived to my place on Friday.

5) Norway, Denmark and Sweden were one kingdom for 200 years, after Sweden left the collision DN/NO lasted more 300 years. The famous 17. May is celebrating the splitting up. Norway was occupied by Germans in the 2° WW.

6) There is a lot of bureaucracy when it comes to salary. Everything is regulated according to age, experience, academic background etc. The difference between the highest (Oil industry Director – 105 000 NOK) and the lowest salary (waitresses, cleaning staff, farmers etc. – 25 000 NOK) IT’S ONLY 4 TIMES.

8) Norway is the 2nd country in the world when it comes to coffee consumption. They drink coffee all day long, even before going to sleep. Usually it’s not a good coffee rsrs

9) The mailbox of your place needs to have your name written on – if it doesn’t, You won’t get anything delivered

13) Bus tickets are barely checked (If you take the bus from the airport to the center, for instance, or are in a cruise). The driver usually glimpses to see what you have, sees that you have a paper like a receipt and will tell you to get in. The trust here is impressive!

15) When you buy a soft drink or something in a plastic bottle, you pay extra for the bottle. This money is refunded if you bring the empty bottle back to the supermarket. Costs between 1 – 2,5 NOK each (equivalent to R$0,40 – R$1, depending of the bottle size).

As we mentioned on part 1, Norway was extremely poor until 60 years ago. People were hungry back then. This year, the “Oil fund”, money prevenient from oil exploration reached $3 trillion. They don’t know what to do with that much money FOR REAL. They invested most part of the money and are using only  part of the profit in the current government at the moment. They claim it’s really important to save money for future generations.

This blogpost is a part of a series of articles written by Vanessa Ferreira Costa and Fernanda Miranda Cunha. They are participants in HI Norway and HI Brazil’s exchange project funded by FK Norway, and are working in Brazil for one year. You can explore the project further here and at the project’s social media channel. 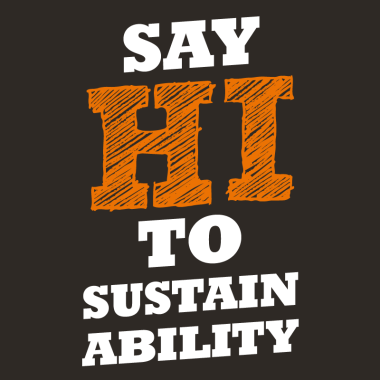