Spring is coming to Oslo! And the festivals season is getting started. We have made a list of the incoming events that you can’t miss if you are in Oslo in March.

by:Larm, music in the heart of Scandinavia

What: It’s the largest Scandinavian music festival, consisting of two parts: living music (open to the public) and a conference. The main goal is to present artists that are about to succeed, local or internationally.

Where: Most of the clubs joining this festival are around Yougstorget, in Oslo’s city centre. 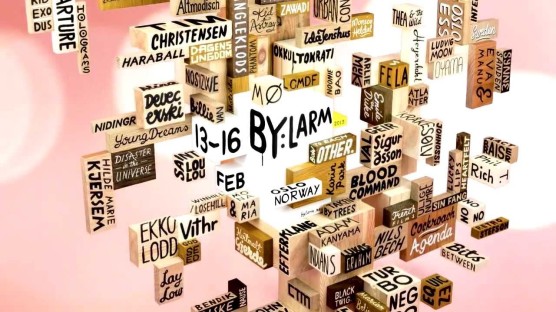 What: Since 2000, this festival is organised every year during spring. It gives the public the chance to listen to the best church music from the Middle Ages up to the present time. You can attend the concerts, but also high mass, exhibitions, a tour of the city’s church organs, a master class and some performances for children.

Where: In several churches in Oslo. Check out the website for more details.

What: The Krimfestivalen is a three days festival with crime novel-related events in Oslo (most of them in Norwegian). There is free entrance to all of them.

What: Since 1985, the Black Box Teater has promoted Norwegian contemporaty theatre, both international and Norwegian, with names such as Zachary Oberzan, Ann Liv Young, Gisèle Vienne…

Where: The theatre has two stages and it’s located in a former chocolate factory in the eastern part of Oslo.

What: The Eurodoc takes places every year in Oslo to show the best of contemporary European documentary filmmaking.

Where: Norsk Filminstitutt, in the middle of the city center.

What: The Inferno Metal Festival is the largest metal festival in Norway, with people coming from all over the world. More than 40 bands will play over these four days.

Picture on the top: http://businesslounge.net.au/